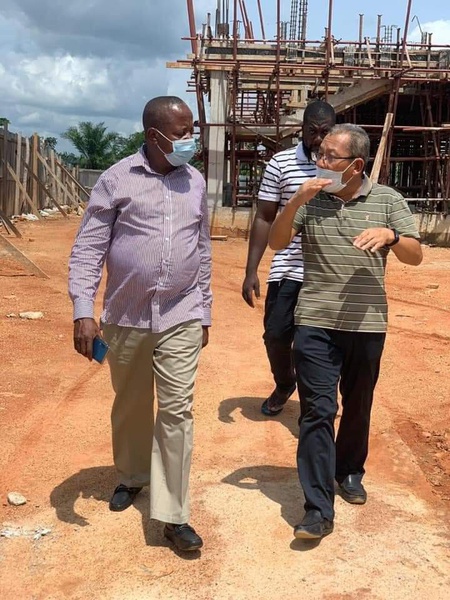 Upon the creation of the new region, which comes as part of government's fulfillment of one of the many campaign promises, the Western North region, which happens to be one of the six (6) infant regions has within this short time experienced a major facelift in terms of development, as the region has once again seen the completion of the regional Drone Centre (Zipline) which is intended to facilitate drone services in and outside the region.

The project which is under the watch of Ing. Chin Pok's, a Chinese State Hualong Construction Ghana Limited and under the auspices of the Ministry of Regional Reorganization and Development is fast progressing and is expected to be completed in a couple of months.

Additionally, the Western North region has witnessed a fast progression of developments in the region within this short period and the commendation of government cannot be swept under the carpet.

Currently, the Western North Regional Office of the Electricity Company of Ghana (ECG) together with their warehouse, is nearing completion as the projects have seen about a ninety-five percent (95%) completion.

The Western North Regional Chairman of the New Patriotic Party (NPP), Mr. William Benjamin Assuah, and the good people of the Western North region have expressed with great appreciation, the President's decision which resulted in the creation of the region as it was something they had longed for and has only materialized under the prudent and visionary leadership President Nana Addo Dankwa Akufo-Addo.