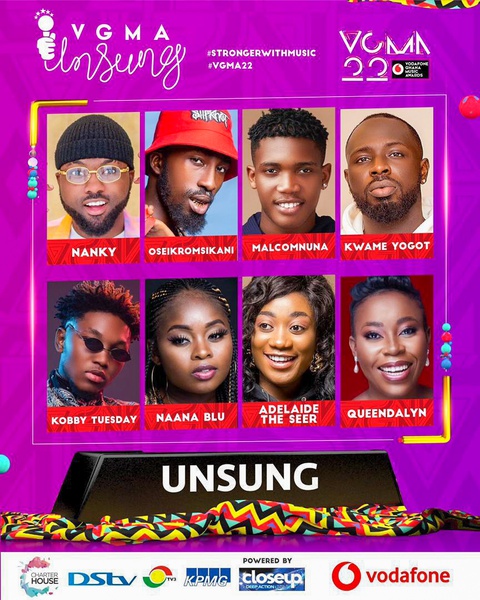 Finally the long awaited list of the VGMA22UNSUNG names has been released.

Which has led to a lot of controversies in the country,  the lovers of music are shock about the names released, many names has been mentioned by the people across the country which they expected to be part of this list but unfortunately these names were no where to be found on the list.

Names likes Kojo Luda the P3p33p3 hitmaker,  Yaw Tog the y3b3 Sore hitmaker and O'Kenneth the Agyeiwaa hitmaker and many more were the expectations of the general public but they seems to come nowhere near this year VGMA22UNSUNG.

What could be the reason? Only God knows,

This year Per our interview with the general public, they were expecting atleast Kojo Luda to be part of the VGMA22UNSUNG list because of P3p33p3 featuring Mr Drew which is the sound of our era, the song has been played on almost every TV and Radio station accross the country, but still his name was not mentioned.

Now the question the general public is asking is how and what are the requirements and qualifications of being nominated in the UNSUNG category of VGMA.

Here are the names of the VGMA22UNSUNG

Adelaide the Seer and

Follow us on all social media platforms @wilblogh as we bring you update on this issue.