Our Credibility is at Stake, Prez Akufo Addo. 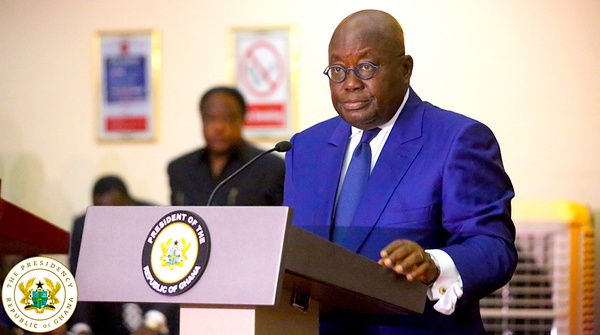 Our Credibility at Stake if MMDCEs Referendum Fails –Akufo-Addo

The President, Nana Addo Dankwa Akufo-Addo has urged his appointees to ensure the success of a planned National referendum aimed at making the position of Metropolitan, Municipal and District Executive an elected one.

Addressing Chief Executives of some 27 Assemblies in the Ashanti region on Wednesday as part of his tour of the region, the President warned them that the credibility of his government, as well as his position as President, ahead of the 2020 general elections, will be at stake if the agenda fails.

“It is going to look very bad if a manifesto commitment by the NPP administration within a year of going to the polls cannot be delivered on. We have to deliver on it.

“Otherwise our credibility will be very much at stake in 2020. And since all of us our position; from President and Chief Executives hinges on the victory of the NPP, we should be careful about jeopardizing the chances of the NPP in the elections ahead of us,” he charged his appointees.

Ahead of the Electoral Commission’s planned referendum scheduled for December 17, 2019, the President also admonished his appointees not to be daunted by criticisms likely to arise from the agenda of electing MMDCEs.