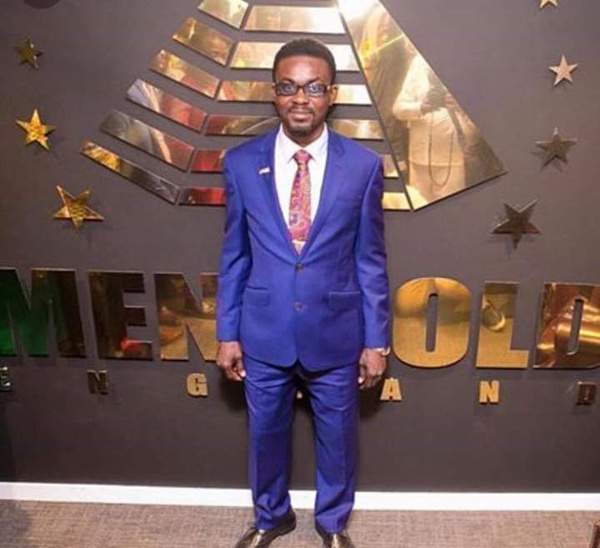 A certain NAM1 (32 years) appeared from nowhere in 2013 and claimed he is a very rich man in Ghana.

Then he begun showing extraordinary level of affluence, creating Zylofon Media and signing the country's biggest stars unto it's label. Nobody knew where he had his money from.

He Claimed he had purchased a private jet, set up Menzgold to collect people's money in the name of gold hub investment with 10% monthly returns.

In 2015 a similar scam called DKM was closed down by the BOG, This scam was allowed to operate with impunity for more than 8 years. Not until when hundreds of thousands of Ghanaians mainly in the northern enclave of Gh committed their pensions,loans and life savings into that scam did the BOG step in to close it down. Marriages destroyed, homes shutted,suicides committed, businesses collapsed. Hundreds of millions gone under the drain.

Fast forward in 2016, the Menzgold scam was growing wings of an eagle at an alarming rate. BOG weak and feeble to stop them, except giving some empty warnings and cautions, our Securities and Exchange Commission charged to be the watchman over all investment related schemes was also nowhere to be found.

NAM1 continued his deception shopping spree, taking pictures with the president, dining with the most perceived honorable men of the land and even was in the process of sponsoring the domestic football league with money the government knew don't belong to him.

All these flamboyant display convinced the gullible and greedy to run to Menzgold and give him more money.

By September 2018, the SEC woke up from its slumber and closed Menzgold down...that's after almost 6 years of operating, NAM1 had stolen more than 200 million dollars from his victims with more than 1.5 million Ghanaians investing in that Ponzi Scheme.

Menzgold's board of Directors are his wife,sister, brother and himself yet no one saw the pending disaster including the government.

After Menzgold was closed down, it failed to pay the 10% returns to it's customers. So many assurances to do so went unfulfilled yet government never confiscated a single property of his, neither was he arrested nor interrogated till 4 months later when a certain Gabby Okyere Darko, a close confidant of the President informed the Nation that NAM1 had jumped bail and he is at large. (The jumping of bail was a lie)

On January 9th, we are told by the Ghana Police that an arrest warrant was issued against NAM1 dated 9th January 2019, meanwhile on 4th January 2019, same NAM1 was in the custody of the Dubai police for an unrelated crime yet our police claimed they had no knowledge of the whereabout of NAM1 as at the date of issuing the warrant.

As I type, the police administration has sent a delegation to Dubai to see NAM1. They claim it's for a possible extradition.
A criminal being treated like a VIP needing a delegation before extradition order can be made?

My fellow black men have still not seen the problem, they have still not been able to grasp the truth that it's our political leadership that has failed us, that, deep seated corruption,incompetence and hardwired criminal mindset from the top echelon of power made this Ponzi Scheme possible.

We have such low expectations of our political leaders that we have turned everything into a joke and can't see between the lines.

10 years challenge is trending...whatever that means.

Back to all news