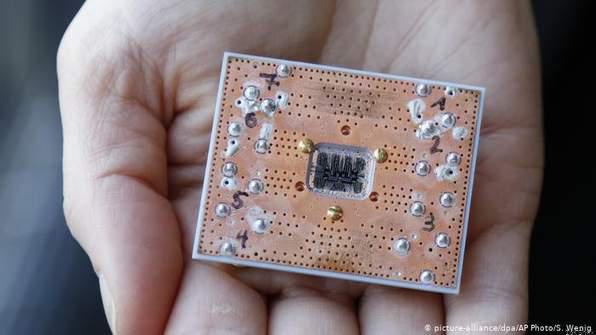 Google Says it Has Reached  'Quantum Supremacy' Over Normal Computers

Google announced on Wednesday the development of a quantum computer that was able to perform a task in 200 seconds that the world's fastest supercomputer would take 10,000 years to compute.

The tech giant published the breakthrough in the science journal Nature. It was the same research that was leaked weeks before, to both praise and criticism.

Google CEO Sundar Pichai said his company's achievement was comparable to the building of the first rocket that left Earth's atmosphere and touched the edge of space, which made interplanetary travel possible.

"For those of us working in science and technology, it's the 'hello world' moment we've been waiting for — the most meaningful milestone to date in the quest to date to make quantum computing a reality," Pichai wrote in a blog post about the article's release.

But researchers at IBM, Google's rival, challenged the premise of the claims. IBM argued that its competitor had underestimated the supercomputer, which was developed by IBM, saying it could actually perform the calculation in 2.5 days, instead of 10,000 years.

"We urge the community to treat claims that, for the first time, a quantum computer did something that a classical computer cannot with a large dose of skepticism," IBM said in a blog post.