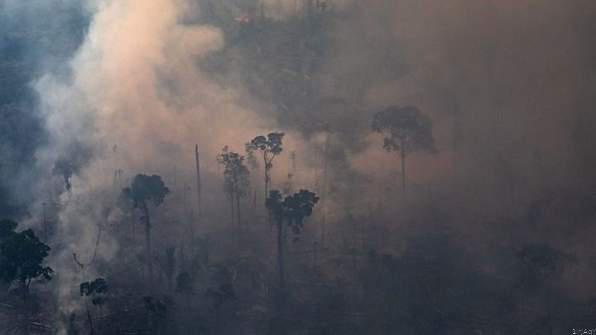 Brazil has banned setting fires to clear land for 60 days in response to a massive increase in the number of fires in the Amazon rainforest.

The decree was signed by President Jair Bolsonaro, who has faced intense criticism at home and abroad for failing to protect the rainforest.

A leading Brazilian environmentalist warned on Wednesday that the "worst of the fire is yet to come".

South American countries will meet next week to discuss the crisis.

It remains unclear what impact the ban will have, as environmentalists say the overwhelming majority of forest clearance in the Brazilian Amazon is already illegal and enforcement is lax.

Environmentalists say the increase is due in part to policies enacted by Mr Bolsonaro's administration.